Founded in 1979, the Grand National Cross Country (GNCC) series legitimized racing with all-terrain vehicles (ATVs). Soon, there were ATV clubs all over the US, UK and Canada, and in the three decades since, ATV racing has developed as much as any other form of motocross. The shame of it is that ATV still doesn’t have its own Hall of Fame. If there ever were one, the following five racers would be the www.atvcourse.com picks for the inaugural inductees: 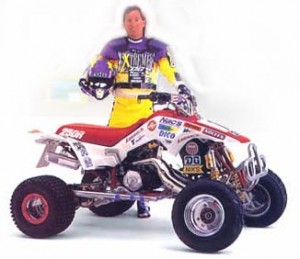 Gary Denton was one of the pioneers of ATV racing. He has won a whopping eight GNCC championships alone, and with all his participations combined, he is one of, if not the, most successful ATV racer of all time. But what put Gary Denton at the top of our list are his mechanical contributions. Denton didn’t just learn to ride like the best. He learned from every ride, and he converted that knowledge into innovative parts that made ATV racers faster and safer. 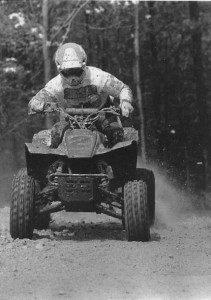 Understandably, many fans would argue that Bob Sloan deserves top honors. For us, the mechanical innovation really is the difference. There’s no doubt that Bob Sloan is an incredible talent and a GNCC legend. What separates Bob from other legends is that he was ATV’s version of a rock star for a time, and the sport really hasn’t seen anything like him since. When interviewers ask today’s stars who their inspiration is, a majority of them say Bob Sloan. Sloan had a flair and magnetism that would have made him a fan favorite in any endeavor.

Most fans would agree that Sloan and Denton belong in the top two spots. Beyond that, it gets a lot trickier. So at this position, we looked for an athlete who redefined some aspect of his sport. That led us to Greg Baker, who is the fastest short track and time trial racer ever. In fact, a number of Greg Baker records still stand, which is remarkable when you consider how far the equipment has come. Sure, most have fallen, but it would’ve never been possible without Baker showing us it was. 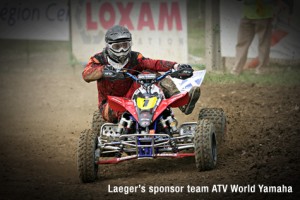 In many ways, Mark Laeger was the Gary Denton of the 90s. He not only dominated the Mickey Thompson series, but he converted his experiences into real innovation. More importantly, he turned Laeger Racing, which he had started with his wife in 1983, into a major manufacturer of high-quality aftermarket parts. Before Mark, it wasn’t easy for the average person to get these parts. Once they could, that elevated their game, and it helped infuse the sport with a lot more talent. 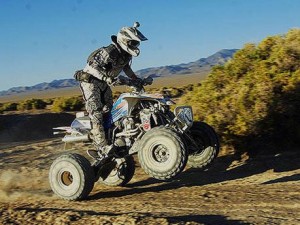 Greg Stuart’s ATV career started in the 1980s, and it wrapped up not so long ago. When it comes to longevity, no one has outlasted Greg Stuart, and it’s a truly remarkable feat when you consider the pounding that professional ATV racing gives a body. Greg Stuart was known for racing whenever and wherever, and fans love him because of that diversity. Of course, Stuart is best known for his desert races, and it’ll be a long time before a more effective desert racer comes along.

Who are your top professional ATV riders? 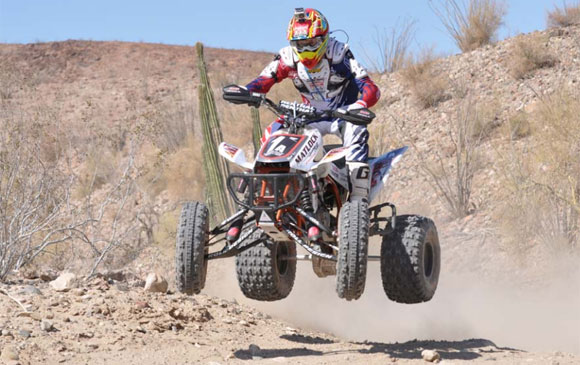 The Heart of Motocross