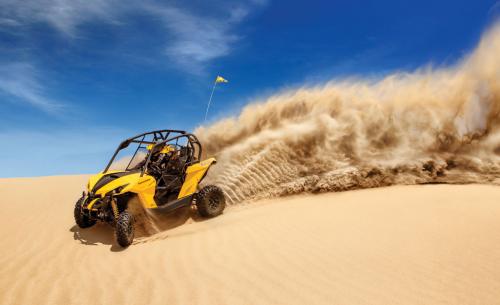 Can-Am announced today that for 2013 they are releasing the 100 HP Maverick.  The Maverick 1000R is the first UTV to crack the 100-horsepower barrier! At the heart of the Maverick is a 976cc, liquid-cooled, single-overhead-cam, Rotax V-Twin engine.

Controlling all that power comes down to an electronic throttle-by-wire iTC system, which BRP says offers a smooth throttle delivery even if the driver’s foot is bouncing due to the rough terrain. BRP says the iTC system – which features a rider selectable twin-mode toggle switch for throttle control – can detect unwanted bounces and then filter the input, resulting in more throttle accuracy, especially at low speed. Drivers can choose between a progressive mode (standard) and a Sport mode, which offers linear throttle control. This system also reduces the number of moving parts in the vehicle; requires no maintenance; has no cables to adjust, lubricate, or replace, and the system has an increased life span. 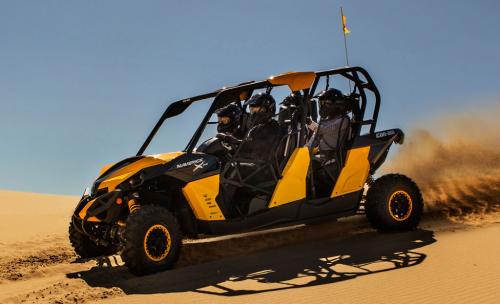 BRP announced that a four-seat Maverick 1000R MAX will be released in the summer of 2013. It features a longer 113.8-inch wheelbase (29.5 inches longer than the two-seat Maverick) and raised, stadium-style rear seats (3.5 inches higher than the front) so rear passengers can get a better view of what’s in front of them.