It never surprises me to see nut jobs out their ruining anything with risk. This is the latest attack on the ATV industry by the wacko’s who never did anything risky and probably got their asses kicked in dodge ball as a kid. 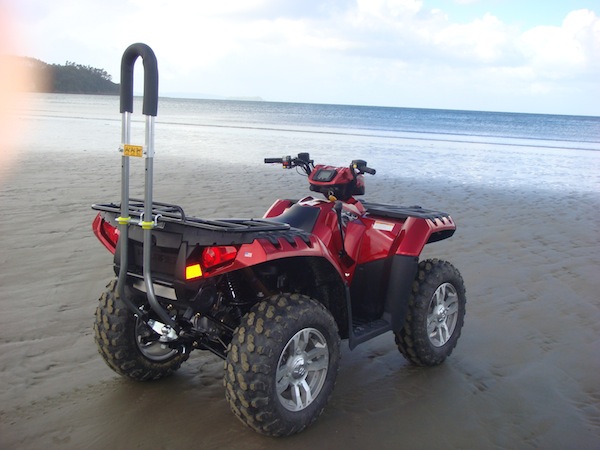 This is quoted from the American Motorcycle Associations website.

Most of the more than 40 comments received by the federal agency were from people and organizations demanding that children be banned from operating ATVs and drastic measures be taken to make ATVs safer.

What kind of measures?

They want mandatory roll cages, speed limiters, inter-lock systems so that an ATV can’t be started if a person had consumed alcohol and a ban on aftermarket accessories such as rear rack bags.

They also want ATVs to have smaller seats.

“We reaffirm our longstanding recommendation that no child under the age of 16 should operate or ride an ATV,” said a letter signed by 18 doctors and others, including the Consumer Federation of America, Concerned Families for ATV Safety, and ATV Throttle Guard.

Those engineering solutions, the letter said, “should include: seat design that prohibits multiple riders and makes age-inappropriate use less likely; ban of aftermarket devices such as ‘storage boxes’ which also facilitate carrying of passengers; design changes to reduce over-steering and under-steering and the related risk of rollover; increased stability and changes to center of gravity to limit the risk of rollover and flipping, [and] rider protective devices…”

They also want “installation of alcohol ignition interlocks, and identifying safe speed limits for adult and youth ATVs” that would be set at the factory.

In separate comments, the Consumer Federation of America said it wants the federal agency to ban ATVs sized for children under the age of 12, and wants short seats on ATVs.

“All ATVs should be equipped with seat belts and standards should create a minimum standard for seat belt integrity,” the Consumer Federation of America added.

“ATVs should be equipped with a roll cage to prevent the driver from being crushed by the weight of the vehicle in the event of a rollover,” the federation said.

Be Wild and Well Protected With Your ATV