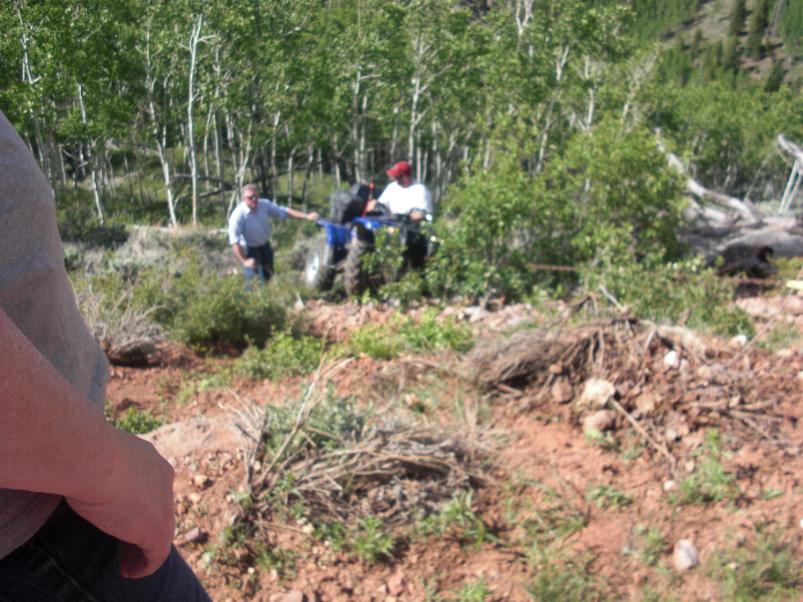 Some times bad things happen to good people.  Last summer we went on our annual family trip to Monroe Mountain on the Piaute Trail.  It was early on day 2 when my foster son needed to venture to the restroom.  First Zach has disabilities.  He has Asperberger’s Syndrome (mild autism).  He is plenty capable but sometimes needs help. We have camped up in this local 3 times with Zach. I didn’t think a trip to the restroom would be any trouble.

We got on the atvs and took off.  At some point Zach lost me and decided to turn around and go back to camp.  During this process he missed the turn and got lost. I rode back to camp and didn’t find him I road up and down the road. It had rained the night before so I found his tracks. I easily found where he missed the simple turn to the restrooms in the  middle of a huge meadow where the bathrooms are visible. Anyway he didn’t see it and went back towards camp.  Apparently he missed the camp trail and went up passed.  We were less than a mile from the restrooms, I am still befuddled as to how he missed both turns.

Anyway now I was starting to panic.  Zach was missing.  While riding back to camp for the third time I ran into a Forest Service truck.  I asked if they had seen him and they had not.  I gave him a description and told them where we were camping.  I went back to camp and gathered some more searchers.  We loaded up and headed out.  A few minutes up the road I ran into the Forest Service guys who had found Zach walking down the road.  There is no greater relief than finding your lost foster kid.  However there was one problem.  Where is the ATV he was riding?

Zach couldn’t answer me right away.  He was scared and nervous.  He was scraped up.  We got him back to camp and washed up.  We then went looking for the lost atv.  I figured he had just got it stuck in a ditch along the side of the road.  After driving Zach up the trail for a few miles we got to where he said he left it.

No atv was there however then he said he had ridden it off the cliff on the side of the road.  Sure enough he had.  It was down about 120 feet off the road.  Its decent was due to the Aspen trees.   I went back to camp and got the jeep and some tow straps.  It took more than 130 feet of tow straps and about 6 adult males to get the atv back to the road.

The atv was certainly damaged but it look repairable.  We spent a few hours in camp taking it apart and bending the parts back.  We sewed the front plastics together using a drill and zip ties. Here are the photos from this adventure last July.

I shared this story for several reasons.

1. It amazing how easily it is to get lost. Be Prepared.

2. atv’s are amazingly durable and simple to repair.

3. Its great to have an awesome extended family. 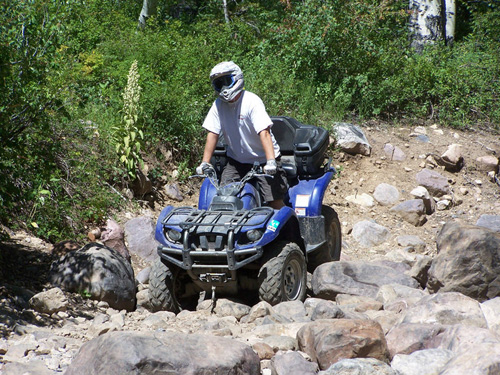 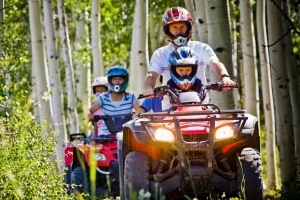